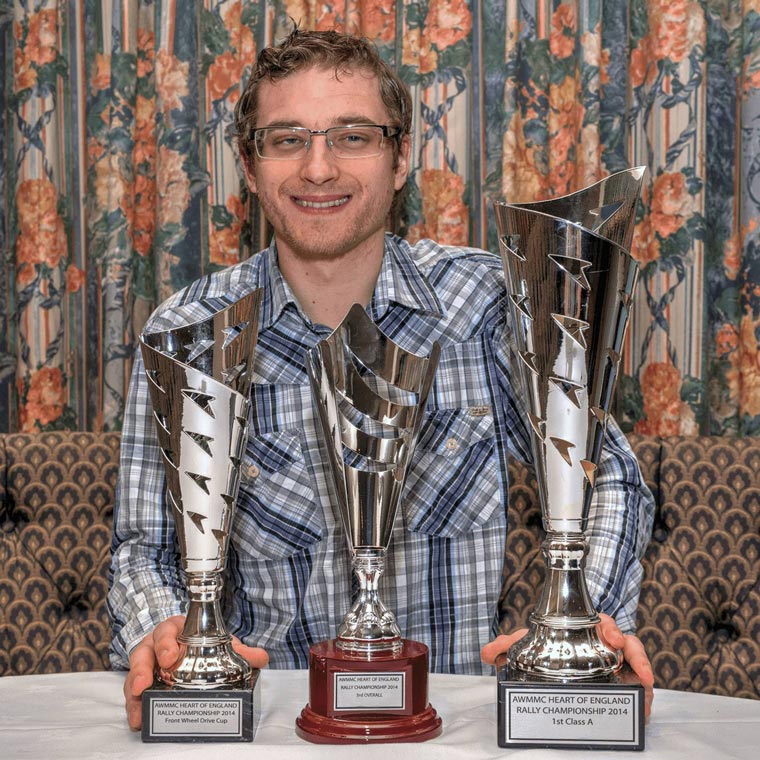 Despite being fraught with problems during the 2014 Heart of England rally championship we actually finished with an excellent result. The championship consisted of 8 events run throughout the year but sadly 3 were cancelled mid championship resulting in us chasing points on events we hand't planned to do. The car had been problematic from the second event and fueling problems seemed to haunt us throughout the year. In the end we finished a respectable 1st in the 1400cc class, 2nd overall in the championship and first front wheel drive car.

I'm unsure what the plans are for 2015 but to be honest the past two years of Motorsport have been pretty hectic and we've planned to miss out any championships and pick and choose events that we really want to do like the Tour of Epynt and fingers crossed the Isle of Mann in November.