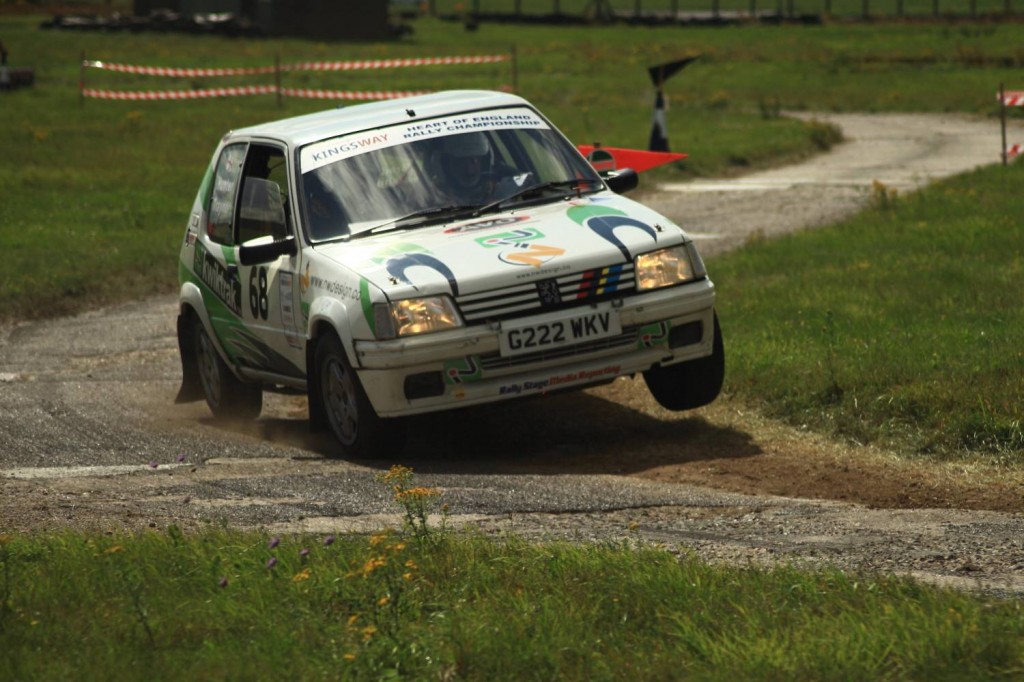 The rally organisers baffled many of the competitors with their seeding for this event which are usually based on their performances on previous rounds. We were seeded at 68 out of 90 competitors, a sad reflection on our class leading position at the start of the event. Undeterred by the fact that we would be catching slower cars quite frequently, We set out to prove the seeding wrong. On the very first stage Simon, together with co-driver Dayle Traynor, had caught up with no lesser car than a Porche. It took another 3.5 miles and a loss of around 38 seconds (later hindering our overall performance by 3 more overall positions) before we could get past. In stage 2 Simon again caught and passed the next car in front but this time passed without a problem only being held up for a matter of seconds. Stage 3 saw a cracking stage which both myself and Simon enjoyed. During our second stage we merged with Kasia Nicklin an up and coming rally star in her Nissan Micra. We did pass Kasia but she put on an absolutely fantastic battle pushing us around the stage. Kasia will defiantly be one to watch in the coming years. Stages 5, 6 and 7 all produced a similar situation when again we caught and passed the cars In front whilst still backing the pace off to make certain of the championship. Nothing could be taken for granted and there was a last minute fright when, queuing for the last stage start, the car cut out and would not re start but did so in the nick of time. At the end of the rally we finished 3rd in class and 1st overall in class in the Heart of England Rally Championship. This result means that even with 3 rounds of the championship left we should be untouchable due to 5 1st in class results.

The demands of rallying, particularly on old broken up airfield runway tarmac surfaces like RAF Barkston Heath, puts great wear on tyres. Several sets have been fully used and discarded by us on our way to winning the Heart of England Class A Championship. Therefore, should any tyre supplier/manufacturer be in a position to offer support in this respect, we would be very appreciative. Please contact [email protected] by email for further information. It just goes to show that you can be competitive yet still rally on a tight budget and all of 75bhp!.